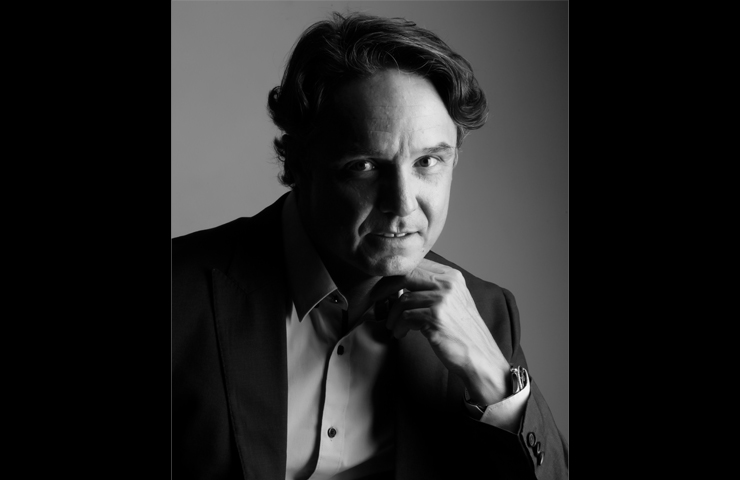 France-based dentist Dr Fabrice Baudot has specialised in periodontics, laser- assisted surgery and implant dentistry and has a particular interest in zirconia implants. In this interview with laser, Dr Fabrice Baudot, founding member and sci- entific leader of the European Academy of Ceramic Implantology (EACim), explains why dental lasers have become an essential part of his daily practice and sheds light on the clinical benefits of combining laser-assisted surgery and ceramic implantology.

Peri-implantitis is an increasing problem today. It is especially associated with titanium implants. What treatment benefits does the laser offer in this context?

Indeed, peri-implantitis is a real scourge for which we do not yet have good therapeutic solutions. Dr Stefan Renvert said in his 2012 book, “As in all pathologies, the best form of treatment is very often prevention and peri- implantitis is no exception.”1 From this point of view, the Er:YAG laser can provide us with certain solutions for the daily practice. The cause of peri- implantitis might be mul- tifactorial, but the microbiological aspect and the con- tamination of implant surfaces by biofilms seems to be a key point. With its well- demonstrated bactericidal prop- erties, the Er:YAG laser is an excellent complementary instrument to conventional instrumentation for regulating the development of biofilm around implants and cleaning contaminated implant surfaces.

“Indeed, peri-implantitis is a real scourge

for which we do not yet

When it comes to oral surgeries, we usually exploit the photo-ablative effects of the Er:YAG laser, which are used for the micro-ablative cleaning of implant surfaces and the removal of inflammatory tissue, and which allow us to clean so-called peri-implant wounds. If we compare the Er:YAG laser to air polishers, which appear to be the reference for cleaning implant surfaces, the Er:YAG laser shows similar results on rough titanium surfaces, but without leaving powder debris on the surgical site. It can be argued that it is as effective and at the same time cleaner than conventional instruments. As opposed to other lasers, the Er:YAG laser is the only laser that can safely treat hard and soft tissue simultaneously without generating uncontrolled thermal effects. It can particularly be used on bone without the risk of thermal damage and even in confined spaces, as is often the case in dental implantology. In peri-implant maintenance, we exploit the photoacoustic effects, leading to an emulsifying of biofilm without altering the delicate tissue–implant interface. The shock waves generated by Er:YAG radiation with a wavelength of 2,940 nm cause a 3D expansion of the irrigation solution, and the agitation effect of the solution destabilises the biofilm in a way well beyond what conventional instrumentation is able to achieve. These repeated preventive measures which are tailored to the patient’s individual physiology make it possible to maintain peri-implant homoeostasis without altering the surrounding tissue environment. The treatment protocols are very simple to follow and clinical application only takes a few minutes.

Ceramic implants are not particularly associated with peri-implant inflammation. Are there useful laser applications designed for ceramic implants too? What is possible and what isn’t?

I use the Er:YAG laser for peri-implant maintenance on a daily basis. This concept of clinical application is based on the emulsion of biofilm that develops around the trans- gingival part of implant restorations and even beyond, in cases of peri-implantitis. A 1997 article by Dr Kenneth S. Kornman made me realise the importance of exposing pathogens to defence systems to preserve periodontal and peri-implant homoeostasis.2 The Er:YAG laser and its photoacoustic effects enable the meeting between the pathogenic agents and the immune defence sys­tem, as explained by Kornman in his article. In an ex­cellent journal article, Belgium-based Prof. Eric Rompen elaborated on the importance of implant materials re­garding the nature of tissue attachment.3 Only titanium and zirconia allow hemidesmosome attachment, cre­ating a kind of barrier against biofilm. Other materials used for transgingival connections, such as gold or fired ceramics, do not favour attachment. A real pocket is formed around this type of connection, which can pose a risk factor for the development of peri-implantitis. Deep laser-assisted peri-implant maintenance is partic­ularly indicated around gold or UCLA-type fired ceramic connections.

“I use the Er:YAG laser for peri-implant

maintenance on a daily basis.”

With zirconia and titanium connections, the attachment is of better quality and the use of the Er:YAG laser is less justified when it comes to maintenance. When treat­ing established peri-implantitis, the Er:YAG laser with its micro-ablative properties makes, in my opinion, a real difference compared with conventional instrumentation. It disinfects the treated sites without altering the adja­cent surrounding tissue. Numerous studies have shown its safety on titanium, but there are, as far as I know, very few studies showing the effects of the Er:YAG laser on zirconia implants. I have only in vitro experience under an operating microscope of the use of the Er:YAG laser on zirconia implant surfaces (Z-Systems and CERALOG) because I have not had to deal with any cases of peri-implantitis around these implants. According to my observations, the implant surface of zirconia implants appears to be completely inert to Er:YAG radiation and reacts much less than titanium. The organic materials which are present on a ceramic implant surface are lit­erally vaporised owing to the micro-ablative effect of the Er:YAG laser, leaving a perfectly clean and visibly unal­tered surface as a result. It therefore appears that the Er:YAG laser is very effective in cleaning ceramic implants.

Are there any material-specific factors that need to be particularly considered when treating ceramics with lasers?

In my opinion, the only laser that is truly effective and safe in peri-implant spaces is the Er:YAG laser. As has been done for titanium implants, the effects of laser ra­diation should be tested at different power levels, under different circumstances and for different exposure times. Micro-ablative effects on zirconia should be observed by means of a scanning electron microscope (SEM) and possible surface alterations, especially in the micro texture, should be evaluated. One thing that seems funda­mental to me is the aspect of the thermal rise of zirconia under the effect of Er:YAG radiation. There is only one in vitro SEM study, which evaluates the effect of radia­tion from three different lasers on zirconia.4 The carbon dioxide laser seems to alter the surface of zirconia, and the Er:YAG laser penetrates the surface of zirconia. The diode laser appears to be more suitable, but this study has not been confirmed yet by other studies. The clinical application of the diode laser seems to me, when looking at it in vitro, much more problematic than the Er:YAG la­ser, especially in areas close to the bone as is systemat­ically the case in implantology. The risk of collateral ther­mal effects especially on the bone is of major concern with diode laser radiation.

Alterations of the implant surface under the effect of la­ser radiation appear to occur only at powers well beyond those effective in destroying biofilm and organic mate­rial. Owing to its peak water absorption, the wavelength at 2,940 nm of the Er:YAG laser is effective at the lowest energy levels and therefore cannot, in clinical use, sig­nificantly alter the implant surface. The important thing is to be able to manipulate Er:YAG radiation under visual control at high magnification to optimise power settings at the lowest effective energy levels and at tangential in­cidence to the surface to limit the concentration of en­ergy transmitted to the implant support and thus limit the potential effects of the radiation on the implant surface to be treated. The clinical experience and mode of use of the laser is fundamental and de­serves to be widely studied to con­firm the safe clinical efficacy of lasers on zirconia implant surfaces.

Dr Fabrice Baudot is a French dentist specialised in peri­odontics and implantology. He currently leads a practice that is specialised in laser-assisted microsurgery. His therapeutic ap­proach is always based on minimally invasive surgery. Dr Baudot is frequently invited to speak at international dental conferences, and he is the author of numerous scientific publications.