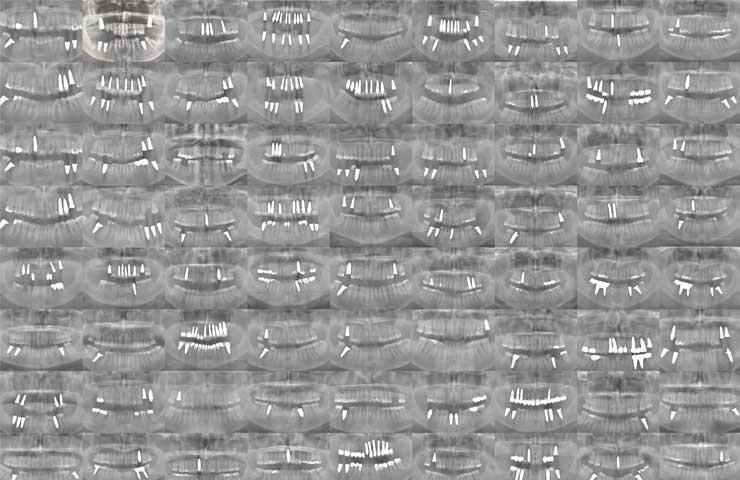 In traditional oral surgery and implantology, the focus lies mainly on the healing of an implant and the local fac­tors that are necessary to preserve or grow bone and soft tissue. However, the view is still rather confined to the oral cavity. Classically, four methods of bone augmentation are considered: osteoinduction (growth factors), osteo­conduction (bone grafting material as space holder), dis­traction osteogenesis and guided tissue regeneration by means of membranes or the shell technique, among oth­ers. In biological dentistry, we utilise the experience and the knowledge from functional medicine and nutritional science and conduct targeted therapies with micronutri­ents in order to create optimum systemic conditions for a scheduled surgery and to promote subsequent bone and soft-tissue regeneration.

There are different local factors of intelligent bone and soft-tissue regeneration to be considered. Among them are the decontamination of a surgical site (from breath­ing or saliva), the activation of local growth factors such as insulin-like growth factor-1, osteoblasts and plasma proteins by drilling and creating bleeding spots for re­freshening bone and for stimulating osteoblastic activ­ity, and the application of intelligent biomaterials such as platelet-rich fibrin membranes in order to improve the ex­tracellular matrix and to optimise bone and soft-tissue conditions. In addition, the use of microinvasive tech­niques such as piezo-surgery, ozone therapy, technol­ogies for guided implant surgery and improved imaging by CBCT has elevated our medical profession in terms of both dental skill and technical expertise.

There is a clear trend towards aesthetics and general health. Dental implants made of ceramics are no longer a controversial subject, but rather the future of implantol­ogy. However, as of today, only 1% of all oral surgeons are placing ceramic implants. Based on ten years of ex­perience and placement of over 4,000 ceramic implants personally, I would argue that further surgical and sys­temic information is required in order to elevate the suc­cess rate of ceramic implants. Ceramic implants heal with the surrounding tissue without initiating inflammatory processes, which is actu­ally the crux of the matter, since hardly anyone of us dental professionals have comprehensive knowledge about the biochemistry of the entire human body. In ceramic implantology, it is vital to inte­grate the knowledge obtained from func­tional medicine and nutritional science and on micronutrients in order to prepare the body for a transitional phase. Hence, we put an overarching focus on the life­style of our patients. In this context, the systemic preparation for the day of sur­gery and targeted postoperative care are equally important.

Preparation for surgery: Change of diet

Following an unhealthy diet that in­cludes the intake of sugars, wheat prod­ucts, refined edible oils and conventional dairy products and other foods that can trigger possible intolerances leads to a general inflammation susceptibility of the body, as well as to macro- and micro­nutrient deficiency. Proteins and amino acids, fat-soluble vitamins A, D3, E and K, water-soluble vitamins B and C, miner­als like zinc and magnesium, and healthy omega-3 and omega-6 fatty acids are lacking for the formation and the regeneration of soft tissue and bone.1 It is our goal to prepare patients as effectively as possible for surgery. In this context, the focus is on the supply of the vital macronutrients as well as the avoidance of as many stressors as possible. The four core dietary ills mentioned earlier in this paragraph should be avoided at all costs. Over 100 years ago, Dr Weston Price conducted research on different peoples and tribes all around the world. He documented his findings in his book Nutrition and Physical Degeneration,2 in which he states that people who maintain a species-appropriate diet are virtually immune to dental caries. Their descen­dants, who had already come into con­tact with industrially processed foods and liquids, started to develop typical signs of degeneration, since they were lacking nu­trients. The most vital macronutrient for the formation of human tissue such as bone, soft tissue and muscular tissue is protein.

Based on my personal experience, I would argue that more than 90% of our society has a protein deficiency and, as a result, an amino acid deficiency. Although 20 proteinogenic amino acids exist, only seven of these are obtained through di­etary intake. These essential amino acids are isoleucine, lysine, methionine, phe­nylalanine, threonine, tryptophan and va­line. From these seven amino acids, the human body is capable of creating every protein, given that enough resources are available in the body for doing so. Numer­ous studies have shown a link between deficient bone formation, reduced bone density and the delayed healing of bone fractures, and protein and amino acid de­ficiency. The older the patient, the more significant the connection.

Already in 2006, Dayer et al. presented their findings from an animal study in which they reported reduced osseointe­gration of titanium implants in rats with a protein deficiency (< 1 g/kg of body weight). The force necessary to explant an implant from the bone after six to eight weeks was 43% less in rats with a protein deficiency compared with rats with sufficient protein in their diet (1 g/kg of body weight).3 In addition, based on the data of 391 women and 224 men over the course of four years, obtained from the Framingham Osteoporosis Study, Hannan et al. suggested a signifi­cant connection between a deficiency in animal-based protein in a diet and bone loss. The greater the protein deficiency, the great the loss of bone quantity of the femur and spine. A negative effect of a protein surplus and bone healing could not be detected.4 As a logical conse­quence, our overriding focus is on ad­equate supply with protein. Since there should not be macro- and micronutrient deficiency in the phase of acute regener­ation, we recommend a daily protein in­take of 1.5–2.0 g/kg of body weight. In order to alkalise the body, one serving of vegetables is additionally recommended. Healthy fats like omega-3 fatty acids as well as a variety of monounsaturated and polyunsaturated fatty acids are vital in this context. Collagen powders, essen­tial amino acids, bone broths and protein shakes are great tools for patients to easily reach the de­sired protein intake. In our practice, the systemic support of patients by means of a targeted diet (Fig. 2) and sup­plementation of the important nutrients has established itself as a standard in the field of oral surgery.

Vitamin D3 in high doses is the basis of the bone heal­ing protocol (Fig. 3). Ahead of surgery, we evaluate the vitamin D3 levels in the blood of our patients. In order to be able to treat them in the best possible way, we tar­get a preoperative value of at least 60 ng/ml.5 A myriad of studies indicate that vitamin D3 is a decisive factor for the regeneration of bone and teeth.6–10 Vitamin D3 acti­vates two enzymes that are vital for the mineralisation of bone: osteocalcin and matrix Gla protein. In order for cal­cium not to calcify the arteries, these enzymes are acti­vated by another important co-factor: vitamin K2 (Sub­type MK-7).11 A further important co-factor is magnesium, which contributes to over 400 metabolic processes in the human body.12 Zinc contributes both to maintaining the immune system as well as to activating the vitamin D3 receptors as a co-factor.13 Apart from that, the trace el­ement boron doubles the half-life period of vitamin D3.14 Since micronutrients operate in a synergetic way, suffi­cient vitamin B and C, digestive enzymes and omega-3 fatty acids need to be present in the organism throughout the postoperative phase.

In addition to the traditional, rather fine surgical craft that is dentistry, we utilise knowledge from functional med­icine and nutritional science. In doing so, we support the endogenous healing capabilities of patients and en­able improved tissue and bone healing and, as a conse­quence, improved healing of ceramic implants as well. The result is fewer failures and even healthier and hap­pier patients.

A list of references can be accessed at https://qr.oemus.com/9004