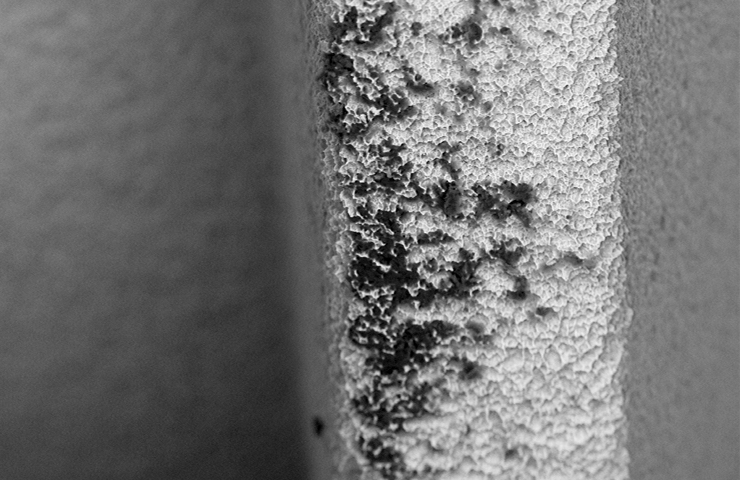 When it comes to aesthetics, ceramic implants are undoubtedly the better choice compared with titanium implants. Compared with titanium or titanium alloys, zirconium dioxide has some indisputable advantages. For example, for many users and patients, it is not only the fact of metal-free restoration that speaks in favour of this material but also the comparatively lower plaque affinity and high mechanical load-bearing capacity, combined with the better aesthetics. However, are zirco­nium dioxide implants cleaner than those made of tita­nium and titanium alloys when they leave the manufactur­ing facilities? Are the ceramic implant systems currently available on the market actually free from foreign parti­cles? In order to clarify these questions, random samples of a total of 100 sterile-packaged implants were exam­ined for residues under a scanning electron microscope (SEM). Fourteen of these were made of zirconium diox­ide and the remaining 86 were made of titanium or tita­nium alloys. This recent, not yet published, study by the CleanImplant Foundation, conducted in cooperation with Charité—Universitätsmedizin Berlin in Germany and the University of Gothenburg in Sweden, came to sobering conclusions.

The analyses were performed in a testing laboratory accredited according to DIN EN/ISO IEC 17025:2018 to ensure the exact performance of the particle analyses according to DIN ISO 22309:2015, that is, elemental de­termination by energy-dispersive X-ray spectroscopy. The implants were unpacked in a particle-free environment (clean room Class 5 according to DIN EN ISO 14644-1) and subsequently scanned in the same clean room to exclude any laboratory contamination of the test sam­ples. For a scientific study, this is a comparatively huge effort to analyse sterile-packaged implants for factory contamination. However, it was necessary due to the fact that the lead organisation, the CleanImplant Foun­dation, a non-profit organisation that has been promot­ing the cleanliness of medical devices for many years with its quality assessment studies, has already been threat­ened several times with legal action by implant manu­facturers whose implants revealed significant impuries in the analyses. This is why information about the respec­tive manufacturers and the name of the conspicuously contaminated implants are excluded in this article. In or­der to protect the project from unjustified attacks, ver­ifiable objectivity and the greatest possible validity and reliability of the implant analyses were indispensable prerequisites for this study, as they also had been for the previous pilot study.1 The interim results of the current study give reason for concern, as significant impurities were revealed on several implant samples of the same type from different production periods.

Good and bad news for titanium

The good news is that, in the current study, the majority of the titanium implants analysed showed relatively clean, largely particle-free surfaces under the SEM. The bad news is that, at the same time, significant residues from production, handling (manual assembly and inspection) or the packaging itself were identified under the SEM on almost every third titanium implant analysed (Fig. 1). For example, considerable impurities were found on titanium implants that can be traced back to processing errors in relation to wet-chemical cleaning (Fig. 2).

How do ceramic implants compare?

Since the manufacturing processes of ceramic and ti­tanium implants are fundamentally different, one would expect there to be significant differences in the surface cleanliness of sterile-packaged implants that are made of these two materials too. This was not the case in the current series of investigations. In the smaller compari­son cohort of 14 ceramic implants, surfaces were found to be largely free of residue in eight samples (Fig. 3). In six samples, however, larger amounts of predominantly carbonaceous, organic residues were detected (Fig. 4). Thus, although these ceramic implants are metal-free, they are not always plastic-free, since undesirable and undeclared foreign materials, such as polyoxymethy­lene, were identified. Undoubtedly, this colourless, semi-crystalline polymer originated from the packaging mate­rial, and it was detected in significant quantities and in the area of the very first threads in particular (Fig. 5). It is safe to say that these avoidable contaminations of the implant surface do not contribute to a successful healing process—regardless of whether they are found on ceramic or titanium surfaces. At the time of approval, these implants may have met the requirements of the regulatory authorities. Obviously, however, one cannot be certain that all implants once approved for being mar­keted will continue to meet high manufacturing quality on a sustained basis thereafter. Despite the current data that suggests that, purely statistically, there is a greater than 50% chance of removing a residue-free implant made of titanium or zirconium dioxide from the ster­ile packaging, rightly concerned practitioners currently find no information about possible residues either on the packaging itself or on the package information leaflet. Several manufacturers that have been asked about this kind of quality deficiencies have stated that contamina­tions of sterile surfaces are harmless according to their own assessment. Despite this apparent reassurance, however, the patients are the ones who ultimately bear the clinical consequences of these preventable residues, and, at the same time, practitioners have to bear the legal risk of possible malpractice.

The question of the clinical relevance of particle con­tamination on sterile-packaged implants has recently attracted increasing attention—especially since more than 250 journalists from an investigative network have been reporting worldwide on the so-called “Implant Files” through popular media channels. Years ago, Trindade et al. already reported that a disturbed individual foreign-body balance was suspected to be a possible main cause of peri-implantitis.2, 3 Particularly early cases of peri-implantitis can possibly be explained as being a conse­quence of increased exposure to foreign bodies, which already starts during insertion of an implant with resi­dues from manufacturing, handling or packaging. In the literature, organic foreign materials especially are as­sociated with initial bone loss or even peri-implantitis.4 Foreign particles with a size of 0.2–7.2 μm are classi­fied as pro-inflammatory.5, 6 After phagocytosis by mac­rophages, increased expression of tumour necrosis factor-, interleukin-1, interleukin-6 and prostaglandin E2 was demonstrated, which in turn stimulates the differen­tiation of osteoclast precursors into mature osteoclasts.7 Increased osteoclast activity due to small-volume particle contaminants would particularly explain clinically signifi­cant bone loss of individual implants in the early stages of healing or the early occurrence of peri-implantitis. The discussion about the clinical consequences of filmlike and particulate contamination is as old as implantology itself. Already more than 30 years ago, when looking at non-osseointegrated implants, that is, implants encap­sulated in connective tissue, Donath, Büsing et al. found conspicuous foreign body giant cells in the surrounding area of foreign material deposits and suspected that im­purities of the implant material could be a main cause.8, 9

Even though some suppliers of ceramic implants promote zirconium dioxide as the better implant material, there is just as much light and shadow regarding implants of this material as there is with implants made of titanium or tita­nium alloys. The mere fact that zirconium dioxide implants are white and are usually sintered at high temperatures should not obscure the fact that the sensitive surface can also become contaminated in subsequent processes. Contaminations of implant surfaces can technically be avoided over the entirety of the highly complex processing and packaging process. This is proven by the good results of many titanium and ceramic implants included in the same study. Whether we as practitioners should accept avoidable contamination of sterile-packaged implants is another question. Patients today are no longer unsuspect­ing supplicants, but informed and educated purchasers of medical services. In times when patients inform them­selves in great detail about the advantages and disad­vantages of vector- or mRNA-based vaccines before a vaccination and can even name the respective manufac­turers, we as dentists would be well advised to have con­vincing answers to questions about the quality of those implant systems that we use in our practices and clinics on a daily basis.

More information and study results can be found on the project’s website: www.cleanimplant.org

A list of references can be accessed at https://qr.oemus.com/9014